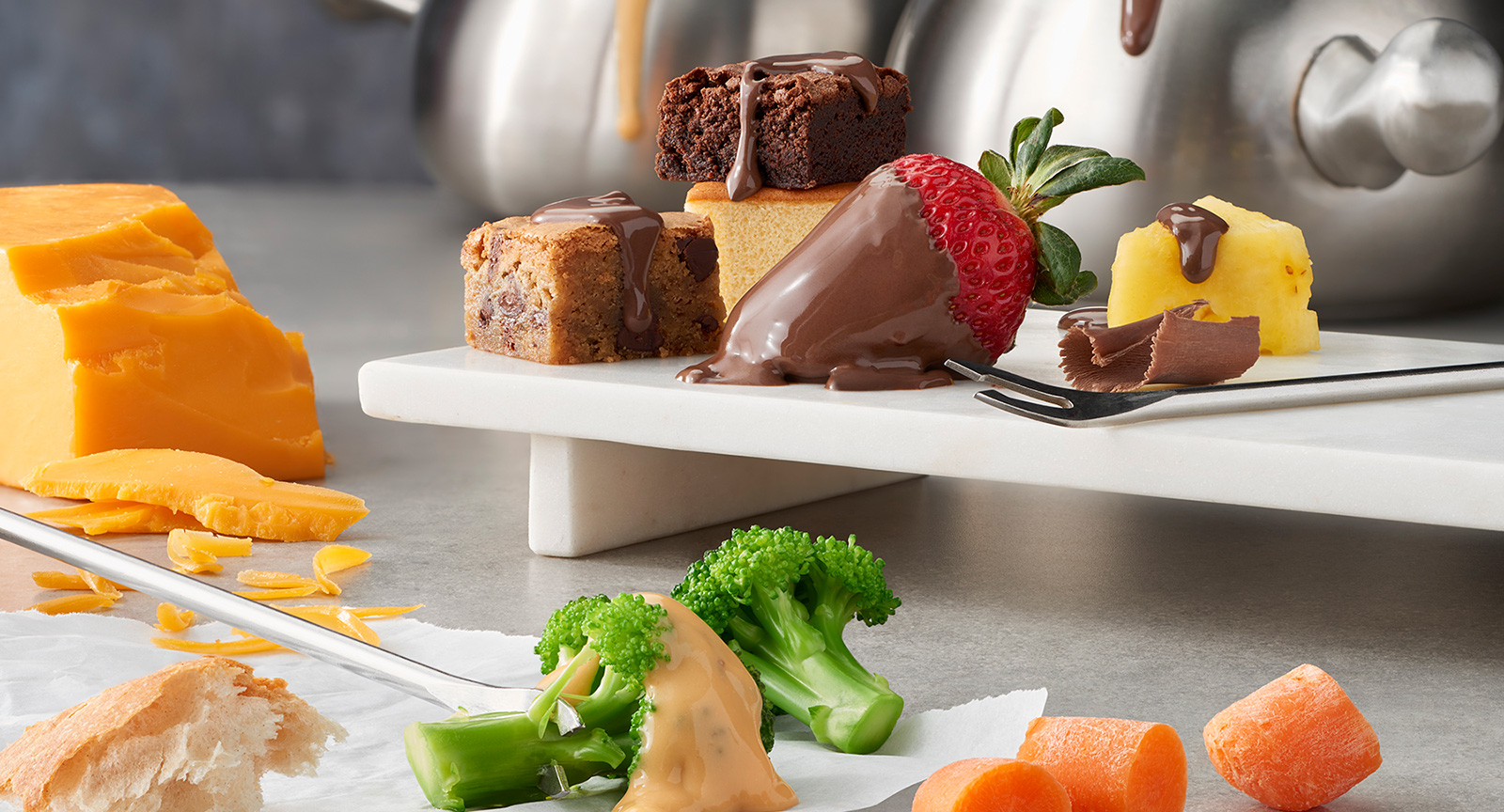 Inc. - How a Teenage Dishwasher Became the CEO of The Melting Pot Fondue Empire

Eater - The Past, Present, and Future of Melted Cheese

DatingAdvice.com - An Interactive & Unique Date Spot: The Melting Pot Serves Savory & Sweet Fondue With a Side of Romance

Bob Johnston, CEO and Chairman of the Board, Front Burner

U.S.: The Melting Pot has 96 restaurants.

Canada: There is one location open in Edmonton, Alberta.

The Melting Pot opened its first location in Maitland, Fla., outside of Orlando. First restaurant had four tables and a limited menu consisting of cheese, beef and chocolate fondue.

The Melting Pot opened 20 restaurants (averaging 3 to 5 per year).

The Melting Pot turned 30 and celebrated opening its 100th location in Pasadena, Calif.

Introduced 12 new locations and more than 30 signed and in development.

The Melting Pot opened 19 locations and 42 were in development.

The Melting Pot opened 15 locations and 26 were in development.

The Melting Pot celebrated its 40th anniversary, was recognized as the No. 1 casual dining restaurant in the Nation’s Restaurant News 2015 Consumer Picks report and opened its first locations outside of North America in Jakarta, Indonesia and Dubai, United Arab Emirates.

The Melting Pot was recognized as the No. 2 casual dining restaurant in the Nation’s Restaurant News 2016 Consumer Picks report.

History of The Melting Pot

For over 45 years, The Melting Pot has defined the fondue experience niche across the American dining scene and now looks forward to continued domestic success as well as continued international expansion.

The first Melting Pot opened in April of 1975 in Maitland, Fla., just outside of Orlando. It was a cozy, quaint location, and its first menu consisted of just three items: Swiss cheese fondue, beef fondue and a chocolate fondue dessert. However, as the restaurant’s popularity expanded, so did its menu and ambiance.

Mark Johnston, who was working his way through college as a waiter at The Melting Pot, noticed the popularity boost and, with the help of his brothers Mike and Bob, scraped together funding to open The Melting Pot of Tallahassee in 1979 (with the blessing of the original owners in Maitland... of course). The Tallahassee location grew enormously popular, and within one year, its success paved the way for future franchise expansion.

In 1981, the Johnston brothers decided to branch out and opened their second location in Tampa. As their business grew, the brothers began to consider franchising even more stores in order to expand.

From the start, the Johnston brothers were diligent in their search for energetic entrepreneurs who were as excited as they were about the concept and its potential. Their commitment to building a close knit fondue family proved successful.

As The Melting Pot celebrated its 40th anniversary in 2015, it opened its first locations outside of North America in Jakarta, Indonesia and Dubai, United Arab Emirates.

At The Melting Pot, fondue truly becomes a memorable dining experience where guests can discover all the ingredients for an unforgettable culinary adventure including a relaxed atmosphere, private tables, attentive service, fine wines and signature fondue courses.

The Melting Pot is an affiliate of Front Burner Brands, a restaurant management company headquartered in Tampa, Fla.